Friends of Animals Joins B.C. Wolf Protection Pack, Letters Needed!
Friends of Animals has joined a growing coalition of groups in speaking up for wolves, as the BC government works to reduce or eliminate the already few measures protecting wolves in BC. These wolves are quickly running out of habitat, and are scapegoats for human-caused animal community decline, as we’re seeing with caribou. The BC Government maintains that wolves are responsible, despite the fact that BC Government ‘management’ has been an abysmal failure, and caribou populations continue to decline. Clearly it’s our use of caribou habitat, with projects like the oil sands being the real culprit.

Below is an Action Alert from coalition organizer Sadie Parr - let’s tell the BC Government that wolves need protection, and that we humans need to contain and limit habitat destruction.

The BC government released a draft management plan for wolves on November 14th that is heavy on management but lacking conservation, ecology, and ethics.  The proposed plan supports the:

The draft plan needs to be changed!  Your voice is NEEDED.  Current wolf management in BC is extremely outdated.  What’s missing from the plan?  The incredible social nature and family bonds shared among this intelligent species.  Many wolf biologists argue that allowing wolves to express their natural social behaviour benefits the wider ecosystem as well as wolves.  The BC government wants to kill wolves for sport, to appease ranchers, and to help save endangered species.  The number of wolves being killed across the province is at an all-time high since recording began.

“We have no idea the extent of the impact that repeatedly killing over 25% of a wolf population has on their evolutionary trajectory.  But it’s dangerous to think that you can manipulate them so intensively and have negligible consequences.”

Top predators are among the most outstanding achievements of wilderness, evolving over hundreds of centuries.  The social structure of wolf packs has evolved with this.  It is the wolf pack that is the top predator, not the individual wolf.  Wolves are more than mere numbers.  Their social bonds and kin-based families define what it means to be a wolf. Management plans need to take this into account!

The BC governments’ draft proposal brings us back to a time of fear-mongering.  Wolves are being killed through hunting, trapping, livestock concerns, failing caribou herds, and on transportation routes across the majority of the province.   Extended family members of wolf packs are often butchered in a human-dominated landscape.  We can do better this!  Do not allow our ecosystems to become impoverished due to fear and mismanagement.  Speak against this bloodshed.

Although wolves require an adequate prey base, the defining factor in wolf persistence is protection from humans.  Aldo Leopold learned long ago that “Only the mountain has lived long enough to listen objectively to the howl of a wolf”. None is so hated; none so misunderstood.

Conservation groups across the province have a vision for a better BC for wolves, wildlife & people.

WHAT TO ASK FOR

1.       Extend the deadline for public input to January 30.
2.       NO helicopter killing or sterilization of wolves.
3.       NO leghold traps, snares or baiting.
4.       Return to former species licence, quotas, bag limits, restricted seasons, and mandatory reporting of kills for hunting wolves.
5.       A decision and statement that lethal predator control is NOT an option for the recovery of mountain caribou and a stop to the Quesnell Highland wolf sterilization and removal project.
6.       A provincial management plan for wolves that considers  the social stability of packs as well as population size to ensure the long term conservation of the species in its most natural form.
7.       A commitment to reduce wolf-livestock-human conflicts through prevention, and provision of educational initiatives and incentives for responsible husbandry practices.
8.       Protect  large tracts of habitat for wolves and their prey.  Ensure that protected areas are large enough to support multiple wolf families with no hunting/trapping allowed.

Conservation of wolves and the wild habitat they thrive upon has even been linked to stopping climate change.  Indeed, wolves maintain biodiversity in ecosystems, which are thus better able to handle, as well as buffer, the effects of changes in nature.  The ecosystem services provided by a healthy environment, such as water and air purification, cannot be matched by a dollar value as we cannot replace these necessary services if we tried.  A better BC for all includes a future with iconic predators that Canadians identify with; management of our natural resources in an ethical and sustainable way; clean water and air, and wild spaces that can be explored by foot only.

Many conservation groups are opposed to this plan, including Pacific Wild, Valhalla Wilderness Society, Raincoast Conservation Foundation, The Association of Protection of Furbearing Animals, Lifeforce Foundation, Northern Lights Wolf Centre, World Temperate Rainforest Network, Peter A Dettling Wilderness Education Centre, Friends of Animals and likely many more to come as they learn about this horrendous proposal!  PLEASE ADD YOUR VOICE!

“History has shown us that if deliberate efforts are not made to conserve large carnivores they are doomed.”  –Hummel and Pettigrew

Are we taking these steps?  Speak out for BC's wolves. Voice your concern.

Public input deadline is December 5. It's easy to submit your comments at: http://www.env.gov.bc.ca/fw/public-consultation/grey-wolf/

“By remaining silent, we allow others to prevail” – Martin Luther King
Thank you for your howls!
Please cc. SadieParrwolfpact@gmail.com  and on letters sent if possible.
Most sincerely, Sadie Parr

Additionally, there are a couple online petitions you can sign:

What better way to celebrate World Vegan Day than to show off amazing vegan goodies with a bake sale fundraiser? 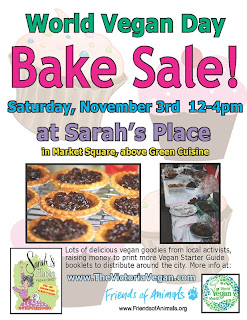 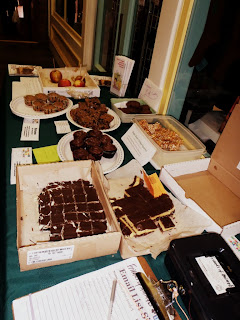 The fundraising goal is to print up more Friends of Animals' Vegan Starter Guides to distribute in the city - in May 2011 we printed up 4,000 (money also raised from bake sales!) and have given most of them out! So we're planning to raise another $3000 to print up even more. We'll be featuring more bake sales, and other fun events. $347 was raised at this one, thanks again for all who came down, and for the generous donations from our bakers! Contact us if you'd like to be added to our 'Victoria Vegan Bakers' list, and help out with future events!

Two more event photos below from Sarah Kramer, thank you again for hosting us outside of Sarah's Place in Market Square, the world's best vegan shop!! 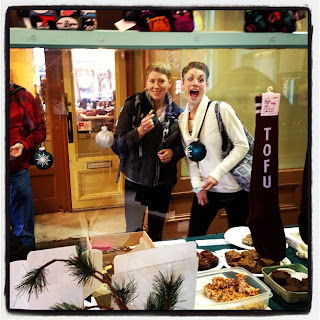 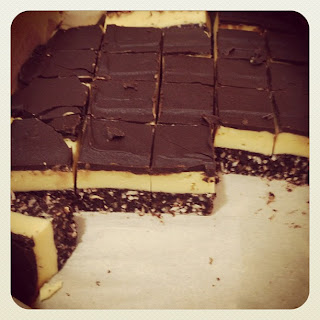